Simply put, AdBlue® is a 32.5% solution of urea in deionised water and is required by many commercial vehicles operating on the European roads. AdBlue® is essential for the correct operation of an advanced pollution control technology installed in the exhaust system called Selective Catalytic Reduction or SCR. Unlike diesel, AdBlue® is a clear, non-toxic liquid that is safe to handle and does not damage the environment. AdBlue® is not a fuel or a fuel additive.

AdBlue® is a high specification solution and is manufactured to the DIN 70070 and ISO 22241 standards.

Currently, AdBlue® is required by the majority of heavy duty diesel vehicles (trucks, buses and coaches) purchased after October 2006.

In order to meet the Euro IV and V emissions limits, all of the major European truck makers, to a greater or lesser extent, offer SCR equipped vehicles. However, MAN and Scania have a firm focus on an alternative technology called EGR that does not require the use of AdBlue® and have equipped the majority of their model ranges accordingly. 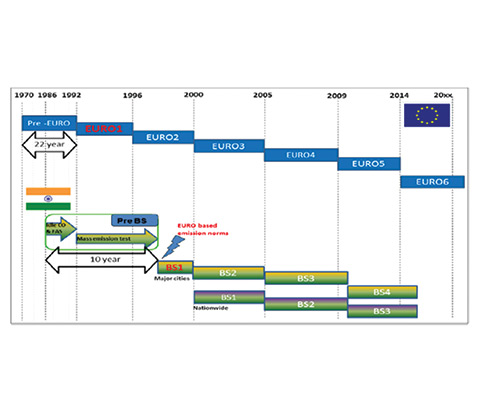 SCR, or Selective Catalytic Reduction, is an emissions control technology first employed on coal-fired power stations to clean oxides of nitrogen (NOx) from the exhaust gasses. In 2006, the technology successfully crossed into the European heavy-duty diesel market, where it enabled trucks to meet the Euro IV and V limits.

An SCR system uses AdBlue® and a vanadium or base metal catalyst mounted in the vehicle's muffler to reduce NOx to water vapour and atmospheric nitrogen. This reaction takes place downstream of the engine in the exhaust system and is known as "after-treatment". Unlike the alternative EGR technology - championed by MAN and Scania - SCR tackles the problem outside of the engine and has the potential to achieve >80% NOx reduction rates, allowing the engine to be tuned for maximum efficiency. Having the engine set up for maximum efficiency allows for an estimated fuel saving of 3-5%, giving operators the opportunity to save thousands on their annual diesel fuel bills. 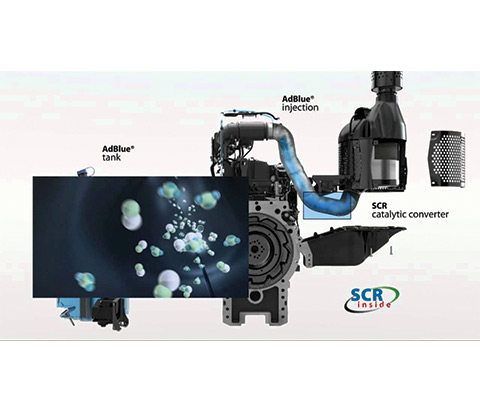 What are Euro IV and V ?

The European Commission sets the limits for harmful pollutants - including NOx and particulate matter (PM) - within its Euro IV and V legislation. The legislation is binding and limits the emissions of all vehicles >3.5t registered after the implementation date. Euro IV was implemented in 2006 and Euro V in October 2009. All new registrations within the European Union must meet Euro V emissions standards.

Bharat stage Emission Standards (BSES) are emission standards instituted by the Government of India to regulate the output of air pollutants from internal combustion engines and Spark-ignition engines equipment, including motor vehicles. The standards and the timeline for implementation are set by the Central Pollution Control Board under the Ministry of Environment, Forest and Climate Change. Since October 2010, Bharat Stage (BS) III norms have been enforced across the country. In 13 major cities, Bharat Stage IV emission norms have been in place since April 2010[3] and it has been enforced for entire country since April 2017. In 2016, the Indian government announced that the country would skip the BS-V norms altogether and adopt BS-VI norms by 2020.[4] In its recent judgment, the Supreme Court has banned the sale and registration of motor vehicles conforming to the emission standard Bharat Stage-IV in the entire country from April 1, 2020.

Where can I buy
AdBlue®
?

AdBlue® can be purchased by the haulier on the road at a truck stop, service station or manufacturer dealership. It is also possible to arrange for a supply of AdBlue® direct to the haulier's base of operations. You can use Find AdBlue®.com to find the nearest AdBlue® supply point and information about home base AdBlue® supply. FindAdBlue.com has details of over 10,000 AdBlue® supply points throughout Europe.

While the price of AdBlue® is lower when purchased in bulk at the home depot, this method can incur costly installation and equipment fees. In fact, some operators prefer the convenience of roadside AdBlue® refilling. Indeed, AdBlue® refilling is often linked to the operator's diesel refuelling strategy.

AdBlue® is used by the SCR system at a rate equivalent to 5% of diesel consumption and is currently less than half the price of diesel, per litre.

Can I Make my own
AdBlue®
?

No. AdBlue® is a high purity chemical solution manufactured to a strict specification and distributed through a secure supply chain. It is highly unadvisable to attempt to create your own 32.5% urea solution from fertilizer grade urea and water-purified or otherwise. 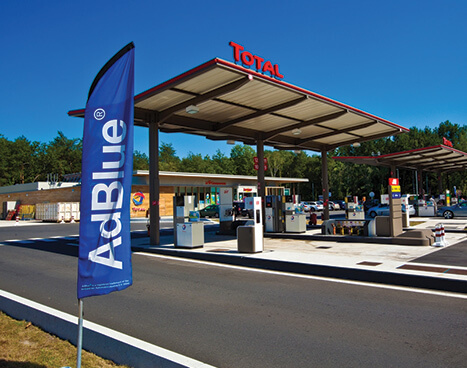 HI! WE ARE EXCITED TO COLLABORATE

VELVEX Lubricants has announced the appointment of Alisha Abdullah, India’s first female racing champion as its brand ambassador. Alisha's association offers the brand an opportunity to leverage the symbiotic synergy between fast action motorsports and its ethos of passion, persistence, performance and competitiveness.